The shrine also has an exceptional view of the ocean, and includes the National Designated important Cultural Property, the "Akasaki Shrine Natural Amphitheater."

Akasaki Shrine was constructed in 1596 (the first year of the Keicho Era/the Warring States Period).
Beside the shrine is an "amphitheater" formed with 12 sets of stands, which has been declared a Nationally Designated Important Tangible Cultural Property.
The amphitheater was carved out in the Edo Period (1603-1868), using the natural space of the land to create an outdoor performance space, which is highly valued as a cultural property.
There is a good view from the top step of the theater, and on days with clear weather, the nearby ocean and mountains that make up the shape of Nagato are visible.

Each year in early September, the shrine holds the ritual Akasaki Festival.
The festival's practice of ritual dances began when disease was wracking the cows and horses of the area, and was cured following prayer at Akasaki Shrine.
Voices carry across the carved out amphitheater with a volume uncharacteristic of an outdoor space.

The shrine's traditional Yumoto Nanjo Dance is also a prefecturally designated Important Tangible Cultural Folk Property.
These dances are said to have begun when dances were passed on from Nanjo Motozuku, Lord of Uejo Castle to Nanto Kikkawa Motoharu of the Mori Clan, after the former's defeat. Afterwards, the warriors of Tawarayama Village received a permission to learn the dance from the Kikkawa Family, and the village headman of Yumoto Village even promised "not to teach the dance to people of other lands." The dance continues to be practiced to this day. Why not come see this unique tradition when it is performed once a year? 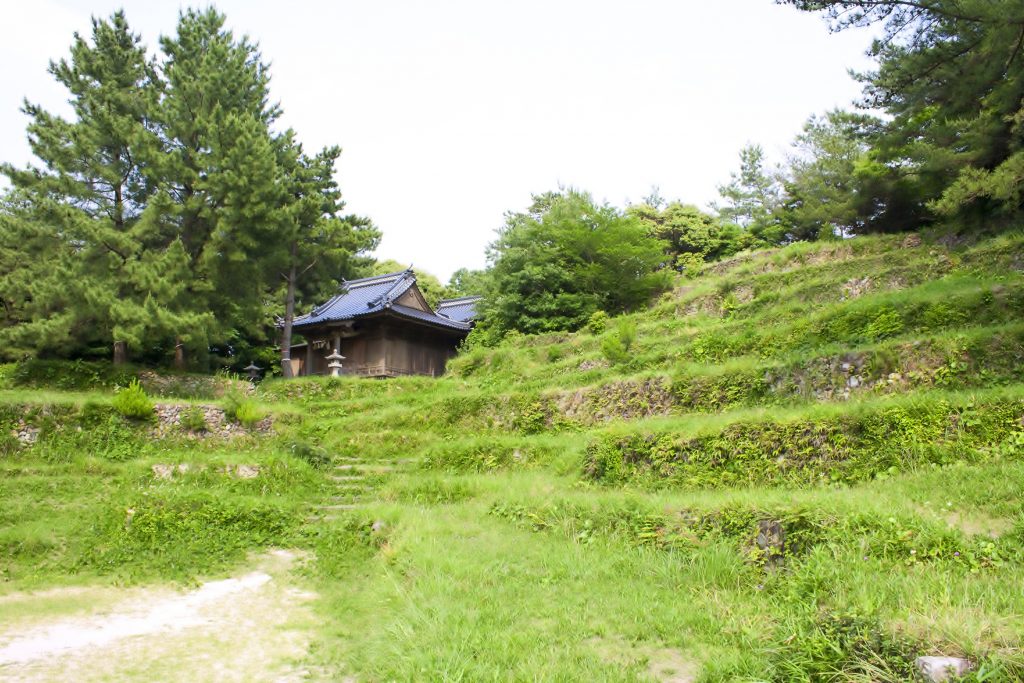