The beauty of the wisteria tunnel and the enormous wisteria trellis here can only be enjoyed for a week. During the Golden Week holidays, you'll want to visit this privately owned wisteria garden at least once.

The Kawachi Wisteria Garden (of Kita-Kyushu City) was selected by the American news network CNN to be featured in an online article titled, "34 Most Beautiful Places in Japan." The grounds stretch over approximately 9,900 square meters, across which 22 varieties of wisteria bloom, making it an extremely popuular spot for photographers from across Japan and beyond during Golden Week.

The first thing we'd recommend you see in the Kawachi Wisteria Garden are the Wisteria Tunnels you'll find to the right after entering the garden.
There are two tunnels, one a 220 meter-length tunnel (to the right), and the other an 80 meter tunnel (to the left),
and the long strands of wisteria, known as Noda-naga wisteria, give off a noble fragrance that welcomes visitors to the garden.

Next, visit the enormous 3,300 square meter wisteria trellis. When you look down on the wisteria trellis from the platform above, the flowers of the Noda-naga are so thick that they create a canopy through which you can't even see the people below. When you enter under the trellis, you'll find a shady area that's the perfect shelter from the sun when it's at its strongest. The color of the wisteria looks beautiful against the fresh, bright green around it. Enjoy strolling through the garden as you search for the perfect photo spot.

The key point about which many may be curious is when the peak of the bloom will be. When and how the wisteria bloom will depend on the weather conditions just before the bloom begins that year. We suggest visitors come out to enjoy the season to see just what this year's bloom will be like.

*Kawachi Wisteria Garden is a private garden, whose creator dreamed of making since he was a child, and opened as his private garden in 1977. 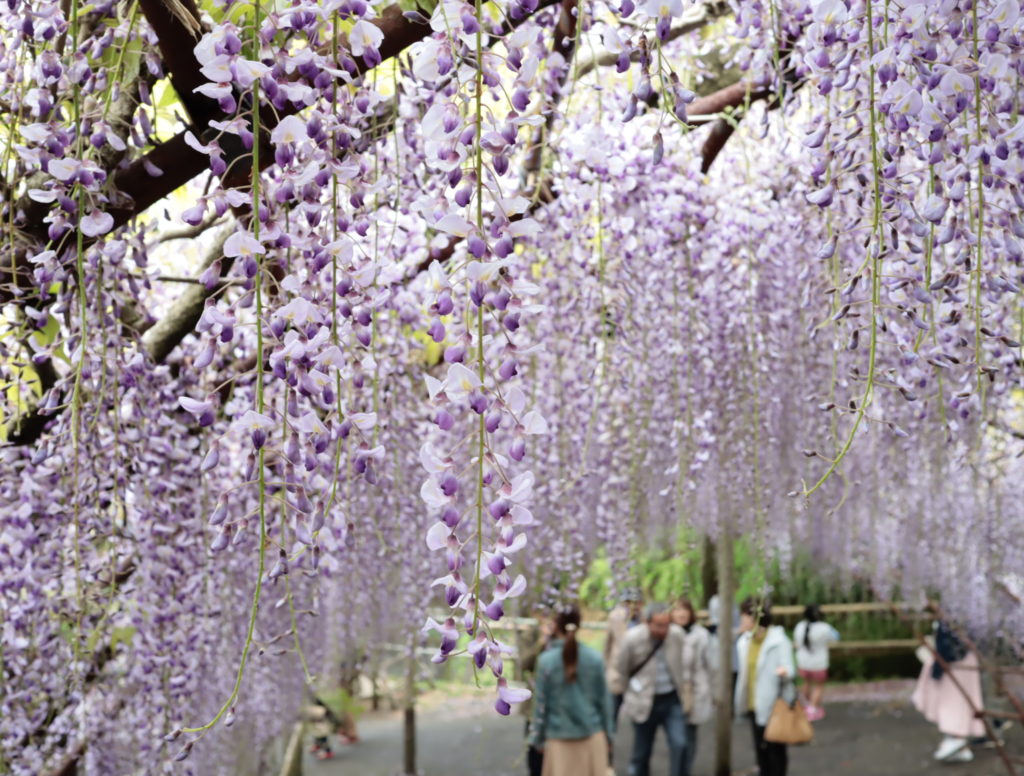 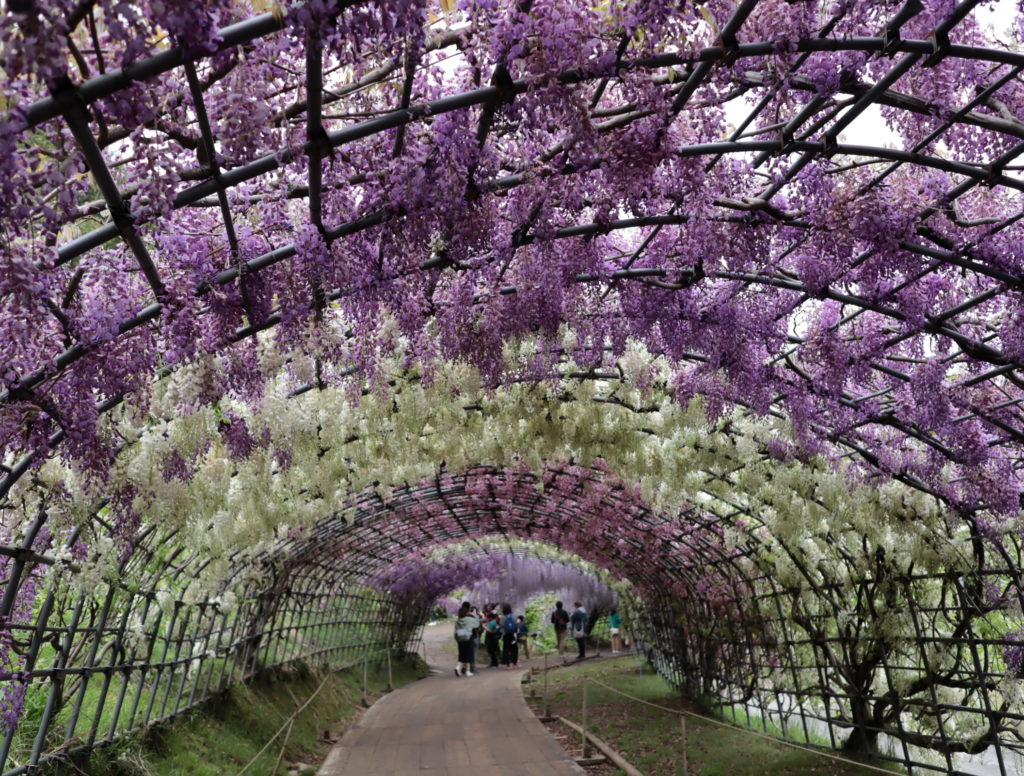