The garden is full of excellent photo spots. See if you can find the garden's three different views, each with their own charm.

Sesshu, the garden at Joe-ji Temple is approximately 2,979 square meters in size. The garden has forested hills on three sides, and in its center, a walking garden with a pond. Representative amongst the gardens of Japan, Sesshu Garden was nationally designated a historical site and a place of scenic beauty in 1926.
It is said that General Masahiro Ouchi ordered the famous garden designer Sesshu to create this garden by his villa in the Muromachi Period (1336-1573).
Sesshu was also a painter and a Zen priest, who traveled to China under Ouchi's patronage to study ink-wash painting, and later developed a Japanese form of ink-wash painting.

The Sesshu Garden is built to be a walking garden, and visitors can take too can take a walk through it. On your walk, we encourage you to take a look at the view of the dry rock garden from the Main Hall, the magnificent view from the west, and the view from the remains of the study. Enjoying a different aspect of the same garden from different angles is one of the delights of a traditional walking garden like this one.
The garden is full of other photo spots, too, including a garden with forest green tree frogs.
Sesshu Garden is also lovely as it changes its appearance throughout the seasons, with cherry blossoms at the gate in spring, a coolness in summer, colored leaves in autumn, and a blanket of snow across its three forested hills in winter.

Joe-ji Temple is also recommended to those who like history. When the daimyo Mori Terumoto was ordered by the shogun to relocate to Hagi City, Mori Motonari, another daimyo, moved the temple he was building in memory of his eldest son in Koriyama Castle (in modern day Hiroshima Prefecture) to Yamaguchi City. Later, when daimyo Mori Takachika moved his stronghold from Hagi City to Yamaguchi, he moved to these temple grounds. Joe-ji Temple is named for the posthumous name of Takamoto, Mori Motonari's son. 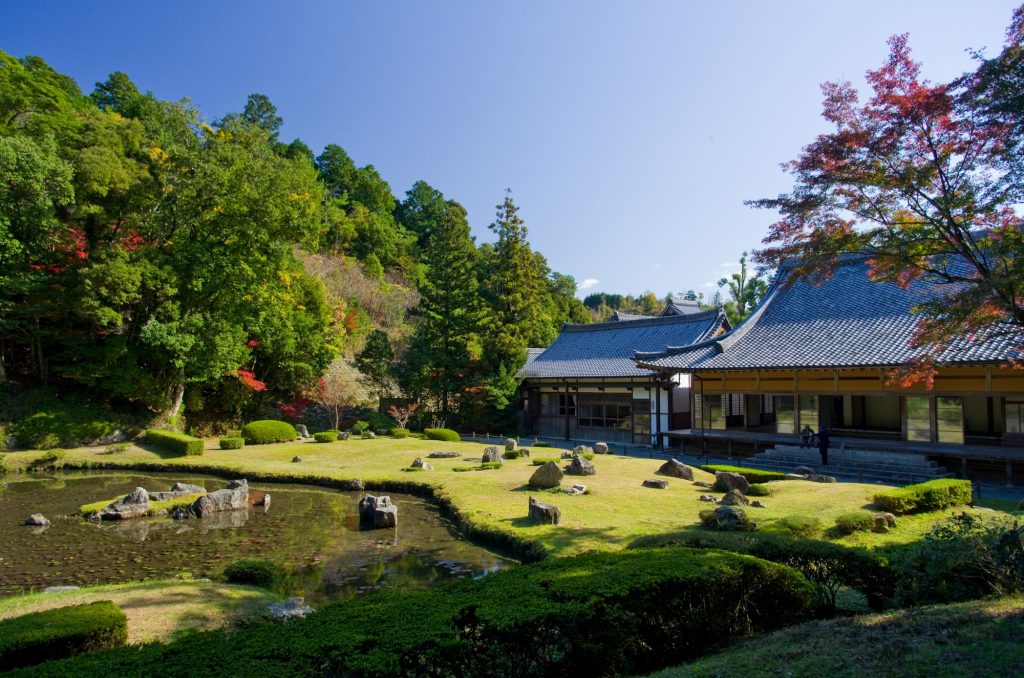