Start by crossing the arched bridge with its 48 steps to the shrine's four main halls (National Treasures)! A visit to Osaka's Sumiyosi Taisha Grand Shrine will surely bring a wealth of blessings

Setsu Province Ichinomiya Sumiyoshi Taisha Grand Shrine is the head of all 2,300 Sumiyoshi Shrines across Japan. With 1,800 years of history, 600 lanterns, and 4 National Treasures (Main Hall), it's a shrine whose grandeur can be told in numbers.

The powers of the deities enshrined here are six. First, because the three Sumiyoshi deities appeared when the god Izanagi-no-Mikoto performed a purification ritual, they are revered as purifying deities. Nowadays, the summer Sumiyoshi Festival brings people from across the country hoping to be purified.
Next, because the three Sumiyoshi deities appeared from the ocean, they are also worshipped as gods of safety on the high seas. The 600-odd stone lanterns within the shrine grounds are largely dedicatory offerings from people with ties to the ocean shipping industry.
These deities are also revered as gods of industry and agriculture, and there is even a legend from long ago, telling that it was they who taught people how to grow rice paddies free from grasses.
Every June 14th, a ritual rice planting is held, planting rice in the paddies within the shrine grounds (about 4,000 square meters). In fact, this ritual rice planting has deep connections to Yamaguchi Prefecture. The ritual is said to have begun when Empress Jingu wished for a great harvest, and summoned rice-planting maidens from Yamaguchi to perform the rice-planting within the rice paddies.

It is also said that at the time that Sumiyoshi Daijin was enshrined here, the Empress Jingu had a guard of 16th archers. Because of this, there is a deep belief in the god as a god of archery, and in the spring there is an annual archery ritual (the first shot of the year) held to ward off evil and bring peace.
The deity is also worshipped as a god of waka poetry and sumo.

The 99,000 square meter shrine grounds include the four-peaked Main Hall (a National Treasure) and a total of 27 auxiliary shrines (shrines with a strong connection to the origins of the Sumiyoshi deities) and subordinate shrines (shrines related to Sumiyoshi, or those that were invited into the shrine grounds), as well as the curved Soribashi bridge, the symbol of the shrine; wish-granting rocks placed in five sacred spaces; the "Omokaru Stone," which can divine whether your wish will be granted or not; the "Tom Thumb's Bowl" (from a Japanese fairytale) photo spot, and much more. We especially recommend the sacred Soribashi bridge, which extends over the sacred pond at the front of the shrine, with its peak incline of about 48 degrees. Cross over this bridge to reach the Main Hall. 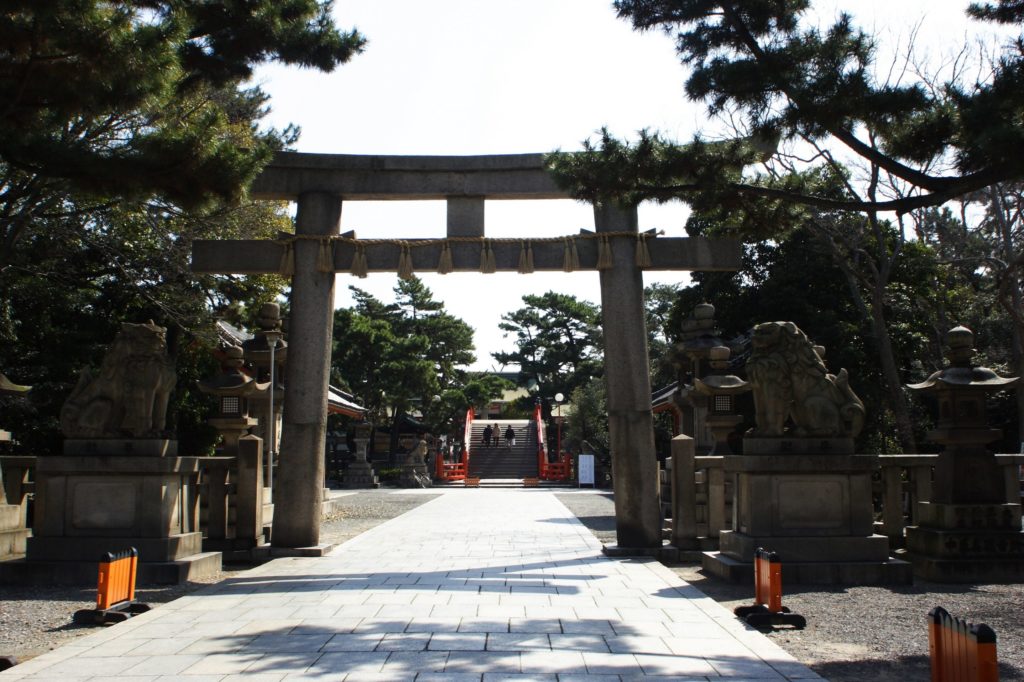 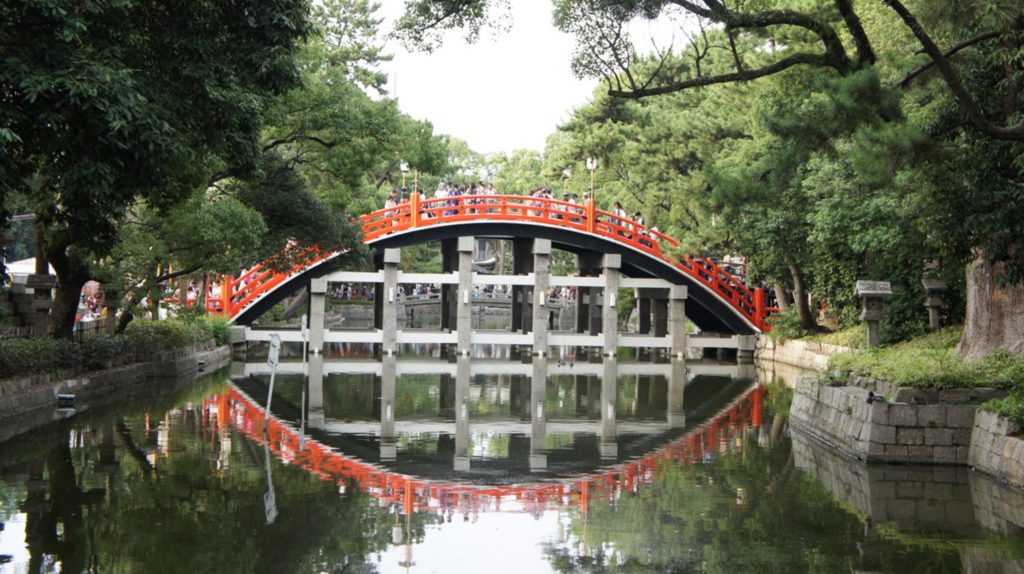 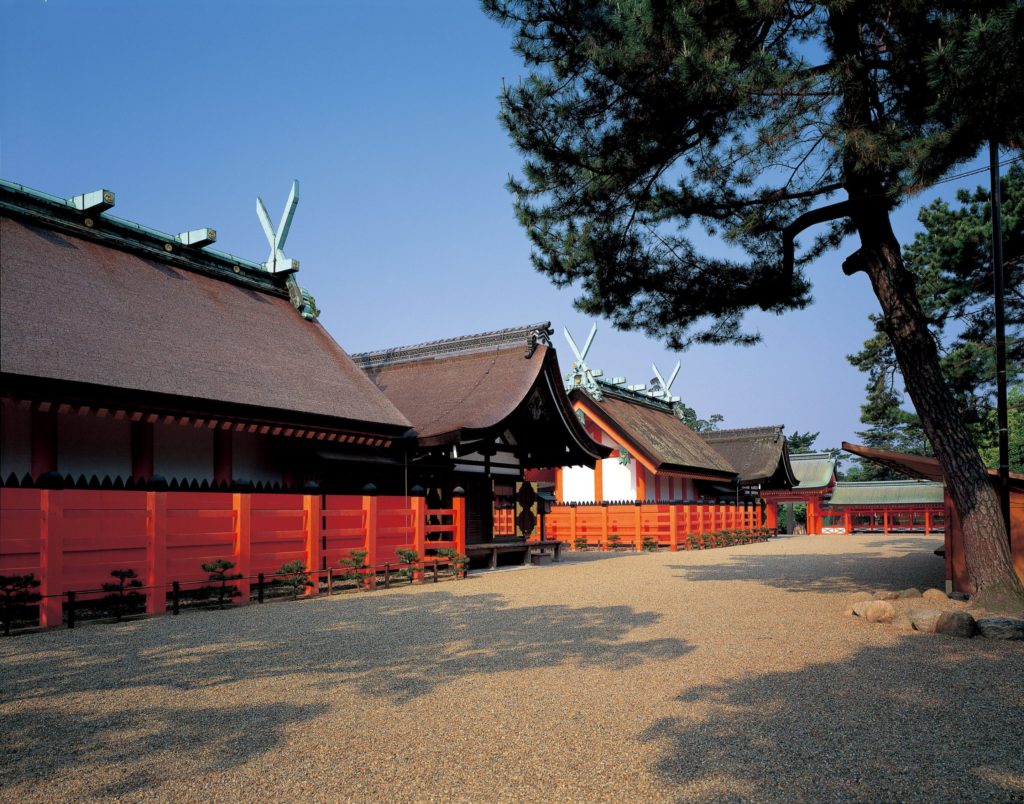