【December in the Observatory】It’s a Christmas celebration in the stars, too! Come enjoy observing the winter skies with the Geminids meteor shower and the Orion nebula!

The Orion Nebula, the Geminids meteor shower, the Pleiades. How many can you see? The December skies can be enjoyed even with the naked eye

Hello, this is the Otani Sanso Astronomical Observatory Dome.Today we’ll be discussing what’s visible in Nagato Yumoto Onsen’s night skies in December, 2019. (Image: A photograph of the Orion Nebula, taken through the telescope at Otani Sanso’s astronomical observatory dome)

The Orion Nebula, shaped like a bird taking flight, and the Geminid meteor shower, full of shooting stars on which to wish! These are the shimmering lights that brighten the chilly winter skies. 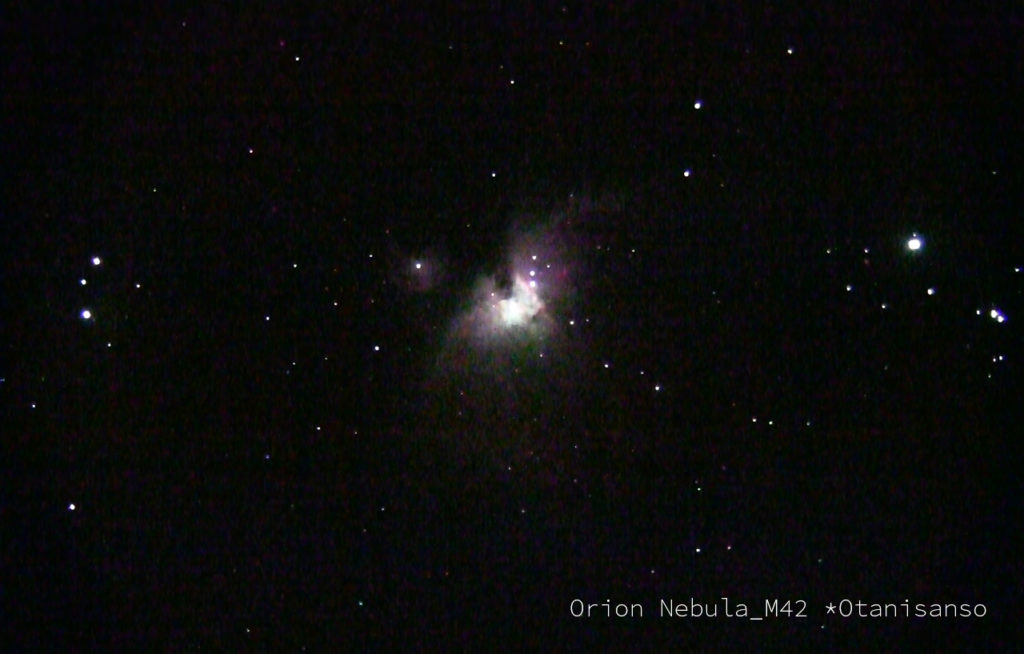 December has quite the lineup of constellations. If you look up to the eastern sky, you’ll be able to see Taurus, Orion, Gemini, and the Pleiades. Of especial note is the Geminid meteor shower. It’s said that the shower will reach its peak on December 15 (Sun), and there wil be chances to see it between the 14th and 15th. This year, though, the light of the waning moon just after it becomes full is expected to make the meteor shower difficult to see. That being said, the appearance of shooting stars in the chilly night sky is a romantic sight. The meteors should begin to appear after 8 p.m., and will be at their best for viewing after 9 p.m., so why not bring your wish and come out to see the show? In the winter skies, too, there’s much to be seen with the naked eye, like the Orion nebula and the Pleiades (Subaru). In particular, in the Southern Sky, you may notice the three stars of the Orion nebula. It’s noted to look like a bird taking flight. Then, as during last month, you’ll see Taurus and the Pleiades. This groups of young stars are known as open clusters, and six are viewable with the naked eye—7 for those with particularly good eyesight. It is said that these stars were used as a vision test amongst the soldiers of ancient Greece.

What are the Pleiades

The Pleiades are an open star cluster in the constellation of Taurus, and are well-known in Japan as the cluster of “Subaru.” It is visible to the naked eye, and is familiar to many as a feature of the winter night sky. It’s especially marked for its blue-white shimmer, and is a cluster of young, hot stars. It is said that the Pleiades formed some 60,000,000 years ago. It is also thought, however, that the stars in this cluster will be short-lived, due to the rapid fusion reactions occuring within the stars, with will likely result in the stars turning supernova in 10,000,000 years. 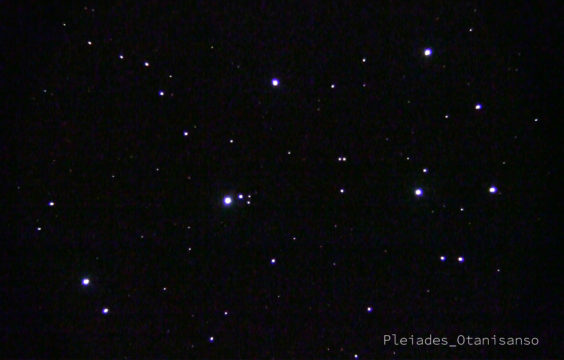 Legends surrounding the stars of December: the Geminids meteor shower

The Geminid meteor shower is one of the three largest meteor showers, and every year between around December 4th – 17th (the peak will be around December 14th) a large number of meteors become visible. The Geminid meteor shower is characterized by being visible throughout the night, with the best meteor-viewing conditions occuring after 9 p.m. If you want to see meteors falling from directly above, we suggest viewing the shower at 2 a.m, when the meteors reach their zenith. If you view the meteor shower during its peak from a dark location, you should be able to see about 45 meteors over the course of an hour. This being said, as introduced above, the 2019 Geminid meteor shower will occur with the bright light of the waning moon on either side, so it doesn’t seem that it will have optimal viewing conditions (Under good conditions: 15-20 per hour). Why not come out in some especially warm clothing, and enjoy a long period of stargazing just before Christmas?

Information about the stars in December

Sunset occurs at 5:06 p.m. in Nagato. At night, temperatures are around 3 degrees Celsius, and you’ll be able to feel the true chill of winter during this season. When you come out to experience the chilly clearness of the starry skies, please dress warmly. We look forward to seeing you.