【March in the Observatory】Moonlit nights and the brilliant, wintry shimmer of the stars…come observe the winter skies!

This is the last month that you’ll be able to see winter constellations like Sirius and the Pleiades. 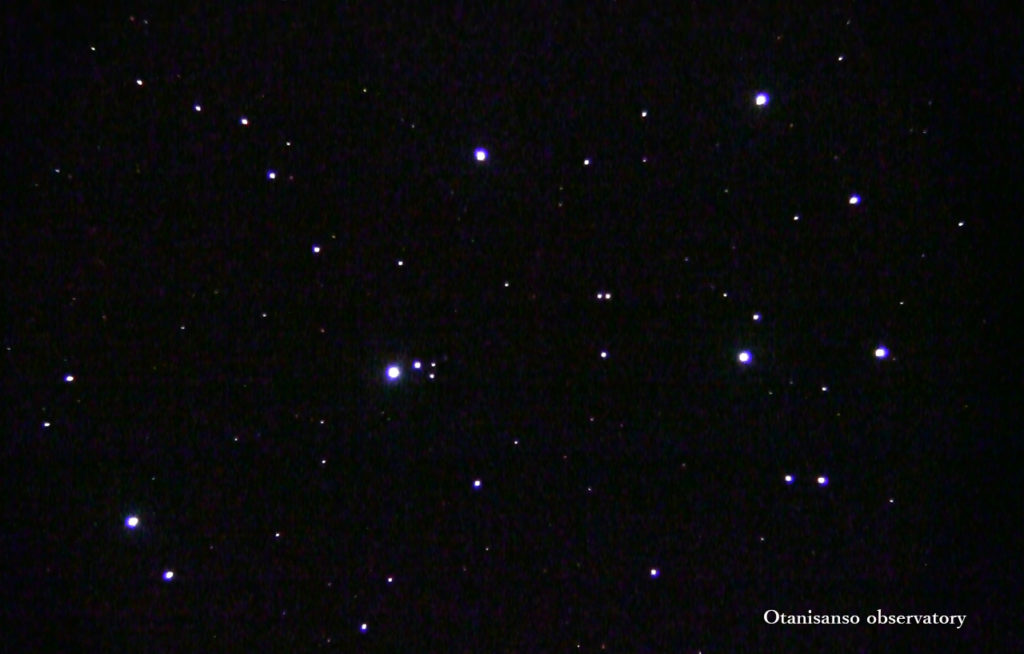 Shimmering like a white diamond, the Pleiades are even mentioned in the 9th century Japanese classic, “The Pillow Book.”

oday we’ll be discussing Nagato’s night skies in March, 2019. During March, the seasons begin to shift from winter into spring, even in the astronomical world. To begin with, the star Sirius. You’ll see this fixed star shimmering conspicuously when you look up at the southeastern sky. Sirius is one of the stars making up winter’s great triangle (Betelgeuse, Sirius, and Procyon), and it is located at a distance of 8.6 light years from earth, making it relatively close to earth. Because of this, Sirius does not have the greatest instrinsic brightness of the stars, but as the brightest of the fixed stars in the sky, it has an apparent magnitude of -1.5. Next up is the Pleiades constellation (one of the most well-known open clusters). In Japan, it is known as “Subaru,” and in other countries it is also known as the “Seven Sisters.” Clustered at the shoulder of the constellation of Taurus, it is located at a distance of 408 light years. The brightest 6-7 stars within this constellation are visible to the naked eye, but if you observe the constellation through a telescope, you’ll be able to see a formation of over a hundred stars. The spectacle of these stars looks something like a shimmering white diamond. In fact, these stars, which were born some 60 million years ago, are relatively young stars, but

“Because of their intense combustion, the lives of these stars will be short, and it’s said that in another 10 million years or so, they will probably explode into supernovas and die.” (Source: Space Information Center Official Website)

The Pleiades were selected as a favorite star of the author Sei Shonagon in her complete 9th century “Pillow Book.” When you come to visit the astronomical observatory dome, come see if you can count, “How many stars can you see?” Towards the end of March, the spring constellations will begin to appear. Many of these are constellations that are familiar, or those you may have heard of, including the Big Dipper, Leo, the star Arcturus in the constellation of Boötes, the herdsman. When these celestial bodies come into view, we’ll help you to find them. (Image was photographed at the Otani Sanso Astronomical Observatory Dome: Above, the Pleiades; below, Arcturus) 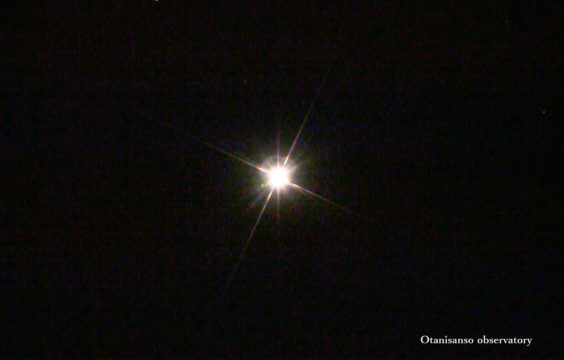 The beautiful shimmer of the Pleiades star cluster has given birth to many myths since long ago, including this one: the Pleiades were the seven daughters of the giant Atlas and the sea nymph Pleione (their names being Maia, Electra, Taygete, Alcyone, Celaeno, Sterope, and Merope). Living together in the forest assisting the moon goddess Artemis, the seven sisters were also pursued by Orion. Artemis turned the sisters into doves and released them into the sky, after which they turned into stars. The constellation of Orion can be seen nearby the Pleiades star cluster, almost as if he were chasing them. Use this as a hint when you try to find the Pleiades in the sky.

Stellar Objections Expected to be Visible in March

Though the nighttime cold has started to lessen, nighttime in the valley is still a bit chilly. We will open up the roof of the astronomical observatory dome to look at the night sky directly through our telescope, so please bring a cover-up when you come to take a look.

<Making a Reservation at the Astronomical Observatory>

Getting to Otani Sanso

Jumbo taxis are available from Shin-Yamaguchi Station (for a fee).